Why I’m Not Watching the Browns

The Browns are on.

After 54 years, I’m done. I’m no longer sacrificing my fall Sundays to support an organization that doesn’t deserve it. I’ve made this decision with a little sorrow, some bitterness, and a lot of relief.

I have a lot of co-workers in their 20s, some of whom wear Browns gear the Fridays before games. This puzzles me. They’re too young to have any memory of the team when it wasn’t putrid; they weren’t hooked on a quality product when they were young and impressionable. 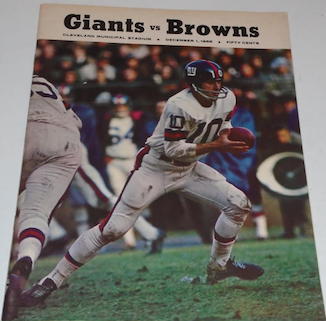 Me, I’m old enough to have fond memories of the Browns. I went to my first game in 1968 when I was seven years old (Browns vs. Giants, Dec. 1, Browns won, 45-10). I remember being upset that a player was flagged for tripping, something that I had been taught at home and on the playground was just not right. I remember Abe Abraham catching extra points in his brown suit and Leroy Kelly and Paul Warfield, Bill Nelson and Dick Schafrath.

I was at the Red Right 88 playoff game against Oakland in 1981 on a day when the wind chill reached 36 below. I remember thinking two things after Brian Sipe threw the game-ending interception: “I can’t believe they called a pass” and “I have never been so cold in my life.” My father and I walked back to our car at Burke Lakefront Airport on legs that were numb from the shins down. When we got home, we built a fire and thrust our feet so deep into the fireplace that we scorched our socks.

I was there for The Drive in 1987, when Denver marched 98 yards to tie the AFC Championship Game, a game the Broncos won in overtime. The loss was doubly bitter because the suburban daily newspaper for which I was a reporter had promised to send me to Pasadena for the week before the Super Bowl to write features. So, while the Browns lost a Super Bowl bid, I lost a cushy week in a warm climate, going to parties and writing puff pieces.

It wasn’t all heartbreak. A week before The Drive, I was at Municipal Stadium when Bernie Kosar led the team to a double overtime playoff victory against the Jets, still the most exciting NFL game I’ve ever attended.

My breakup began when Art Modell uprooted the team and moved it to Baltimore. Anyone who had been paying attention up until that time knew that the NFL was a business, but that piece of treachery laid bare the league’s mercenary soul.

Since the team has been back, I’ve been to two regular season games and a handful of pre-season contests, all with other people’s tickets. I’ve got no plans to go to another game.

Whenever I tell people about my abandonment of the team, someone always fires back: “What will you do if the Browns become good again? Are you going to be a fair-weather fan?“

I used to mock fair-weather fans, like the ones who sold out Jacobs Field for 455 games in the 1990s, guys in suits and women in Indians hair ribbons, people who’d never come out during the awful years of the 1970s, the era of Frank Duffy and John Lowenstein.

But I see now that they were the smart ones. When a quality product was put in front of them, they supported it. When the quality faded, so did their support. 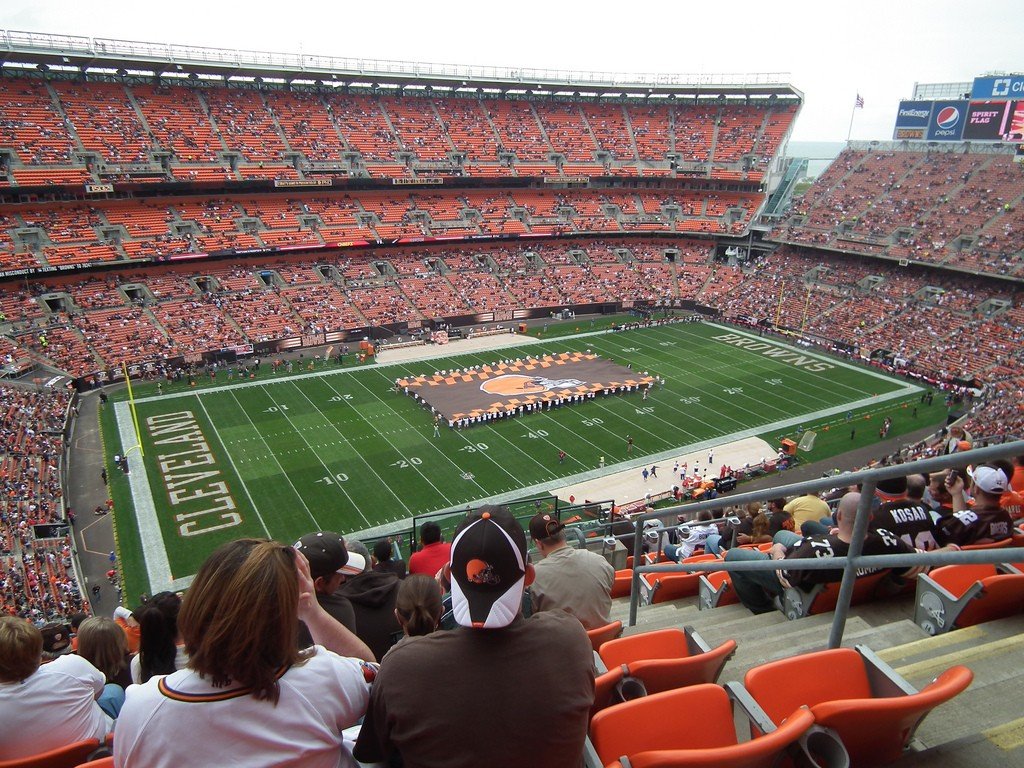 The Browns are like that neighborhood restaurant your family patronized when you were a kid. The food was good, if unspectacular. The owners knew your family and always dropped by the table to say hello. You looked forward to eating there.

But then it closed and reopened under new ownership. The place looked the same, but everything had deteriorated. The food was no longer fresh and the waiters were surly. It changed hands a few more times and the new proprietors had other interests or were just incompetent. You’re pretty sure the restaurant even gave you food poisoning once or twice. Do you still have to eat there because your parents liked the meatloaf 30 years ago?

Abandoning the Browns is still a lonely position, but it’s not quite as heretical as it used to be. Since I’ve sat down to write, the Browns are still playing on TV and my next-door-neighbor has come out to mow his lawn. Wearing a Browns jersey.