Writing from the Borderlands

Clickbait is easy: just ask people to weigh in on stuff they have strong opinions about but will never agree on. Politics: clickbait gold. Red-carpet sartorial choices: those too. And the definition of the Midwest also qualifies, apparently. In January, the website Vox asked visitors to use a map tool to identify the states they considered part of the Midwest. Within 24 hours, 36,000 people submitted their thoughts on the matter. Just about everybody agreed on Iowa and most of the states hugging the Great Lakes, but substantial numbers of people put in for some outliers, like the Dakotas, Oklahoma, and Arkansas.

I’m inclined to think that the 3,362 people who claim Colorado is part of the Midwest need a sit-down with a map and a slow conversation using short words. But unquestionably this is a fraught, messy business, and it’s one that I’ve struggled with as I’ve assembled examples of fiction about the Midwest for a book I’m writing. I can’t write about everything, I know, but that’s a cop-out — long or short, the project requires me to make my own decision about what qualifies as the Midwest, and by extension the literature that’s a part of it.

[blocktext align=”right”]But unquestionably this
is a fraught, messy business, and it’s one that I’ve struggled with as I’ve assembled examples of fiction about the Midwest for a book I’m writing.[/blocktext]For instance, what to do about Joyce Carol Oates? In 1969 she published the novel them, which is set in Detroit — a squarely Midwestern novel — but since then has set much of her work in the edge of the Rust Belt in an upstate New York that may or may not qualify. Stewart O’Nan presents a similar problem as a writer from Pittsburgh, a city often considered too close to Appalachia to be Midwestern. (Pennsylvania didn’t crack Vox users’ top 17 states.) If Minnesota is indisputably part of the Midwest, do Louise Erdrich’s stories fit into the Midwest’s narrative of integration and industry, concerned as they often are with Native Americans — or is that more of a Great Plains story?

And more: Is The Adventures of Huckleberry Finn a Midwestern novel? The Mississippi is central to the Midwest’s self-conception, but the Mississippi’s cultural role in that regard gets muddier as you get closer to the Ohio River. Two of Toni Morrison’s novels, The Bluest Eye and Song of Solomon, are set in her native central Ohio and Michigan. But is her best-known novel and most direct treatment of slavery, Beloved, a Midwestern novel, set as it is in Cincinnati and the Ohio River borderlands? The Midwest of our collective imagination is an integrationist one, however unsuccessful that integration was. It’s where slaves escaped to before the Civil War and where Southern blacks relocated during the Great Migration. But in Beloved, the Ohio River valley is “territory infected by the Klan. Desperately thirsty for black blood, without which it could not live, the dragon swam the Ohio at will.” Which is a different kind of story.

Or is it? Race, as it happens, has played a critical role in how the Midwest is defined. In his essay “The Heartland’s Role in U.S. Culture,” James R. Shortridge provides a pocket history of the evolution of the meaning of Midwest, which first came into use in the late 1800s to refer to Kansas and Nebraska, states that were Midwestern in relation to Minnesota and the Dakotas (at the time, the “Northwest.”) The defining element at the time, Shortridge writes, is that “people there were seen as self-reliant and independent, kind, open, and thrifty. They were pragmatic and industrious, and they took pride in their work; yet they were also idealistic, moral, and humble.” 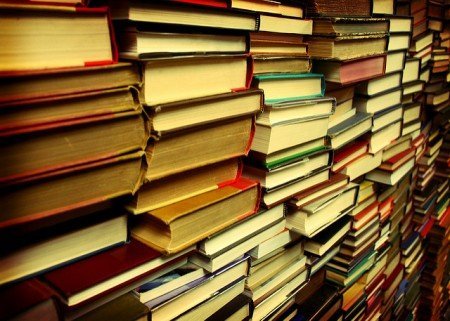 In other words, much the same way the Midwest is perceived now — earthy, hardscrabble, churchy, and all that. But there’s a revealing twist to the definition. Shortridge noticed a shift in the 1970s in terms of what states were considered Midwestern. As racial tensions hit cities like Chicago and Detroit and the eastern portions of the region endured economic collapse, he writes, “the public’s response was to rework its collective cognitive map of Midwestern location. Ohio and Michigan were now partially excluded, and the regional core shifted to the Great Plains states.”

So maybe the way to put it is to say that Beloved — and The Gravedigger’s Daughter, and Emily, Alone, and The Beet Queen — are essential works about the Midwest that reveal the falseness of its just-so reputation. By speaking to the edge of the narrative of what the “Midwest” is, they reveal how much of the accepted definition of the Midwest is a kind of mythology. They’re prickly reminders that the settled stories about race, industry, and integration remain deeply unsettled. I think also of a Hannah Green’s remarkable 1972 novel, The Dead of the House, which is a kind of borderlands twofer — it concerns a family much like Green’s which split its time in the far southern reaches of the region (Cincinnati) and the far north reaches (Traverse City, Michigan). The story hugs the Midwest, but the storytelling and language is decidedly Faulknerian: I’m not sure a Chicago novelist could write a line like “I felt the grace of possessing a quality not mine but given me by the strange accidents of time, of blood, and love.” All that looking back into deep family history, all those run-on sentences. (I came to the novel a few years after the late Chicago author Lee Sandlin sold me on it as the Great Unknown Midwestern Novel. It’s frustrating not to have a chance now to interrogate him about that.)

[blocktext align=”right”]…long or short, the project requires me to make my own decision about what qualifies as the Midwest, and by extension the literature that’s a part of it.[/blocktext]Tina Casagrand is the founder of The New Territory, a literary journal focused on states on the very far edge of our (and Vox’s) traditional definition of the Midwest: Nebraska, Kansas, Oklahoma, Missouri, Arkansas. It bills itself as “the magazine of the lower Midwest,” but that Southern-versus-Midwestern tension is essential to the definition of those states, Casagrand explains, given that they were added to the United States based on their acceptance or rejection of slavery. And, she points out, there’s an energizing difficulty in fiction that comes out of that environment. “Even if I as a liberal-leaning college graduate identify with the Midwest for certain reasons,” she writes in an email, “my neighbor next door could wave the Confederate flag for the very same reasons. That creates a tension among people who live in these borderlands, but it also fosters a striving for finding common ground that becomes less necessary the more cohesive your culture is. So, I think that has a lot of literary potential.”

“A reputation for niceness may obscure rather than reveal the Midwestern character,” Lorrie Moore recently wrote in the New York Review of Books. She was talking about the cultural baggage of the German immigrants who first came to Wisconsin, anti-Semitism most prominently, as well as the documentary series Making a Murderer, about a murder and sexual assault case in the state. I don’t lack for novels that address violence in the Vox-approved core of Illinois, Iowa, and so forth. But when you get a little farther from the core you get a little closer to the roots of a much more complicated character.