Zoo Camp For All


My son, Nico, loves the zoo. He’s eight years old, and going there inspires, engages, and delights him in a way that few other activities or places can. This summer, my wife and I decided we would try to get him into Zoo Camp at the Brookfield Zoo, located not far from our house in a Chicago suburb. We mentally geared ourselves up for a battle.

Nico has Down syndrome and severely limited expressive speech (he understands most things, but speaks in hard-to-understand jargon and limited sign language). In our experience, camps, daycares, and other types of programs always say the right things, but unless they are a segregated special-needs program, they are wildly unprepared to provide real engagement (rather than babysitting) to our son. Example: the other day, we spoke to our library about an afterschool program theoretically open to all. But they have only one person to watch 20 children, and with that staffing level, the library program – theoretically open to all residents and funded by taxpayers – is in fact not safe for our son. 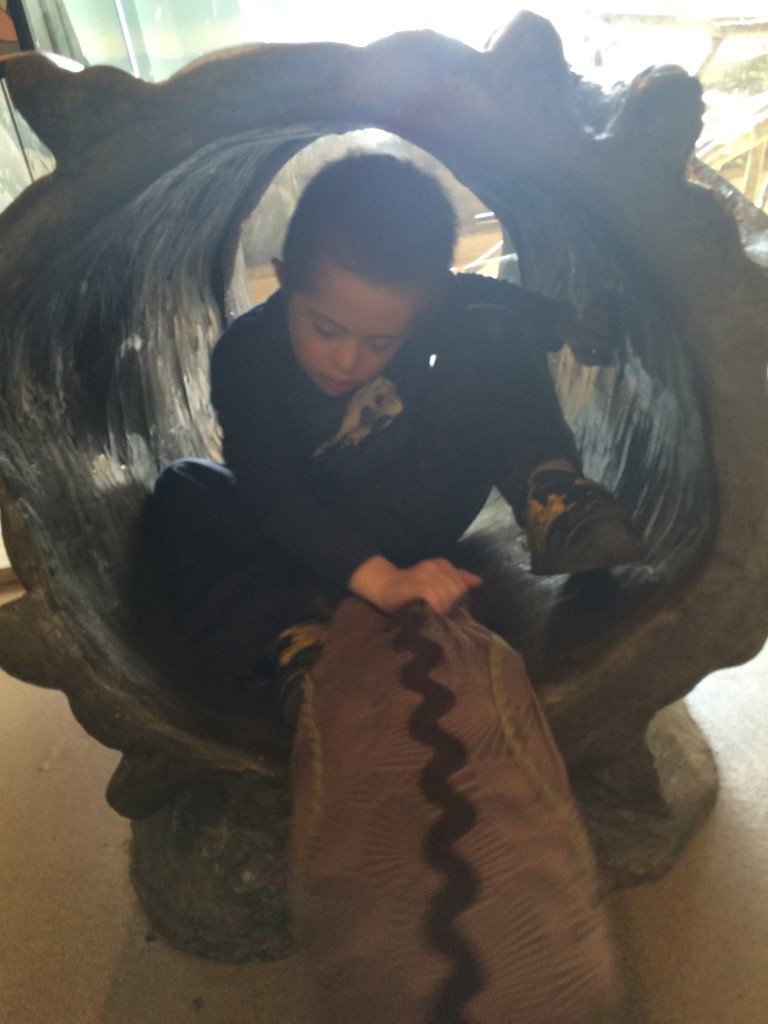 We hoped that Zoo Camp would be better, and we were prepared to fight for a good summer experience for Nico. We were also, to be honest, prepared to lose that fight. Instead, the Brookfield Zoo has turned out to be one of the most inclusive major cultural sites I’ve ever encountered. It’s not that they opened the doors to my son; they open their doors, in sustained and meaningful ways, to nearly everyone.

For over a decade, the leaders of the Chicago Zoological Society have emphasized building programs that foster a “culture of empathy” across all mission areas. This idea emerged out of the conservation mission of the zoo, but now embodies an attempt to deploy a major cultural institution as a vehicle for social change, rather than just as an attraction. It all started from the realization that if the zoological society’s mission is to inspire conservation leadership, they have to try to make their message accessible to everyone. To that end, zoo officials have built partnerships with local high schools and volunteer programs for people with disabilities, and also sent their staff out into the community with the zoo’s message. Throughout, the goal was not to just provide one-time interactions, but to forge sustainable relationships between the zoo and diverse communities.

[blocktext align=”right”]The world of disability too often features isolation and segregation.[/blocktext]The zoo’s efforts are rare: the world of disability too often features isolation and segregation. This is true for adults and children, people with disabilities and their caregivers, and it happens in work, play, education, community, friendships, healthcare, and beyond. Our society either makes it hard to integrate from direct bias, or people simply lack the creativity, will, or funding to create more inclusive systems. At best, one relies on laws like the Americans with Disabilities Act or the Individuals with Disabilities Education Act to force organizations to accommodate rigorously diagnosed disabilities in specific, limited ways. This process is exhausting, often breeds resentments, and sometimes is entirely impractical.

None of these things stopped Brookfield Zoo from rising to the challenge. Zoo Camp director Jill Damato told me that a few years ago, she became concerned by reports from counselors about behavior that might indicate special-needs children whose diagnoses hadn’t been reported on their application forms. In one case, a non-verbal autistic child was dropped off at Zoo Lab (for sixth- to eighth-graders) by a mother who then left without giving the staff any guidance. Luckily, a counselor with a degree in special education was able to help. Damato, though, didn’t want to rely on luck. She and her colleagues responded by looking for a systematic way to make the zoo’s education programs accessible. Rather than build a separate division dedicated to children with disabilities, zoo staff recognized that children have diverse needs, and they were going to make sure camp counselors were ready for everyone. 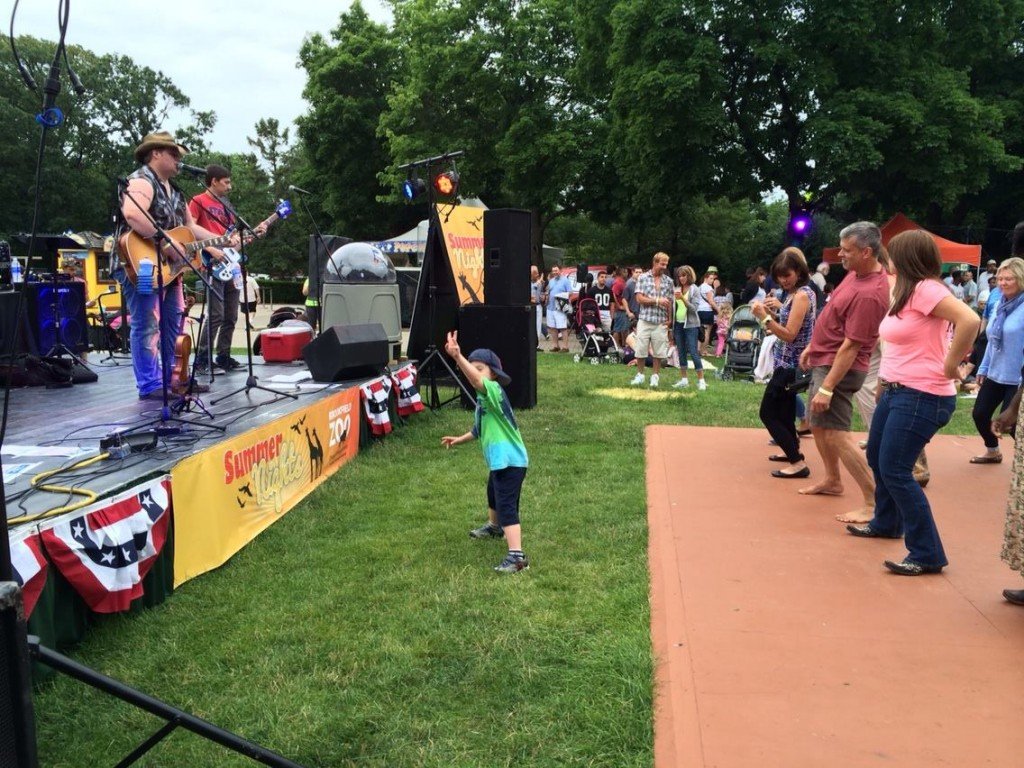 I spoke with Hall about the training and the overall goal of Zoo Camp, and he agreed that the zoo was doing something unusual and important: only 11 percent of all camps, he said, identify as having services for kids with disabilities, and that includes camps dedicated solely to that population. The percentage of truly inclusive camps is much smaller. Moreover, the NIP has mostly worked with traditional recreation camps such as those run by the JCC or YMCA; the Brookfield Zoo is only the third major cultural institution to partner with the NIP. Hall said that figuring out how to train counselors for inclusive Zoo Camp has been an interesting challenge, because, “We’re pretty well-versed on how to take a typical summer camp activity like kickball or musical chairs and make it accessible, but we don’t work with a lot of camps that have a gorilla exhibit.”

So far, things have gone very well. Last year, the NIP offered every Zoo Camp counselor a kind of foundational training, making sure that the staff all had a common language with which to process. This coming May, because the camp has low turnover from year to year, they can be more ambitious. The NIP will lead counselors out into the zoo, doing case studies and role-plays at various exhibits, and thinking through adaptive strategies. This will empower counselors to both proactively plan inclusive adaptions and react to the unpredictable as it happens.

And the unpredictable will happen. That’s true with any program involving kids of all types, and children with disabilities can react in a way that no one thought likely. It might be wonderful, a moment in which encounters with nature open up a child’s world and allow him or her to express himself or herself in new ways. It might be terrible, where something innocuous and “normal” suddenly creates separation between the neurotypical and the neurodiverse. For example, my son needs to be kept away from the splash pad, or he’ll panic; he hates spraying water, but loves swimming and splashing. That’s a moment in which inclusion will be hard to maintain, but I have trust in the zoo’s creativity. 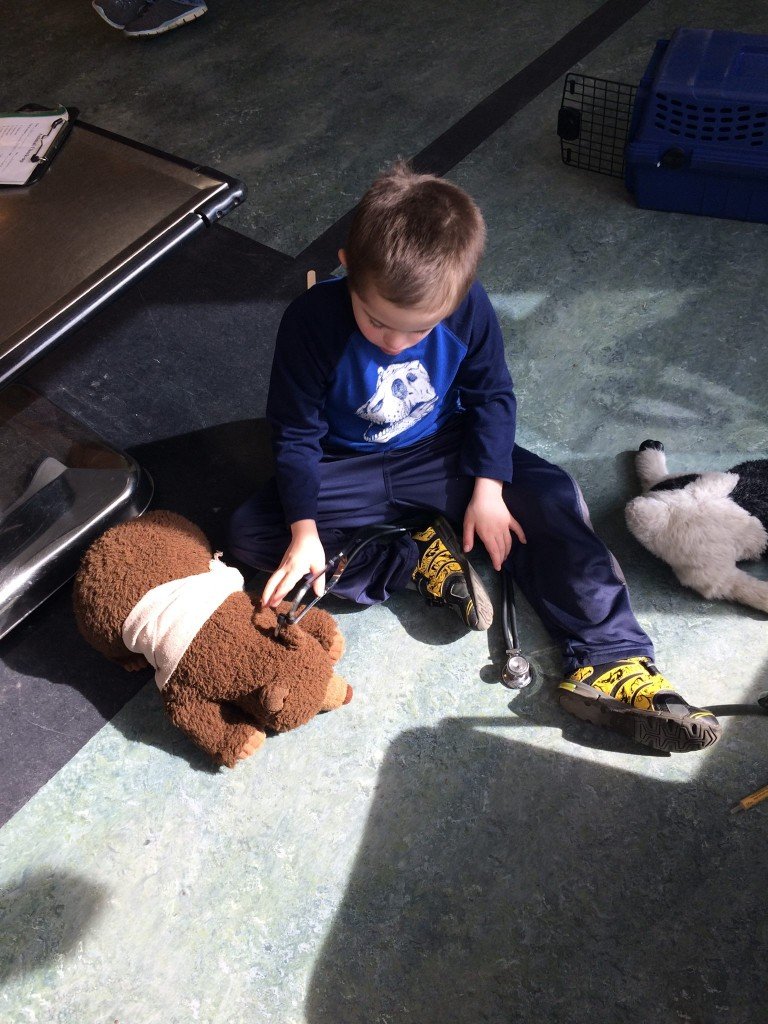 When I visited the zoo, I saw the results of all this work, particularly the programs aimed at teens and young adults. I heard about Dr. Kate Evans, a world-class expert in elephants, who routinely visits groups of adults with developmental disabilities at Misericordia. Additionally, the zoo has partnerships with local high schools and special-education associations to bring students into work environments on site. Developing work skills is an enormously important and under-served issue in disability communities, as more and more people with developmental and intellectual disabilities are trying to live more independent lives. But such lives require work, and getting work means learning the skills to hold down a job.

The zoo’s programs provide a chance to acquire such skills. In one celebrated recent case, a volunteer opportunity for a woman with disabilities became life-changing: Zinyra Ross was recently hired as a paid zoo employee, as well as a public speaker and ambassador for its culture of empathy, after years of working as a volunteer. Z, as she is known, told me that she loves introducing children to the zoo and hopes, in time, to be able to move into some aspects of direct animal care.

Accessibility issues are not about to go away, not for my son in particular or for those across the country. But “Zoo Camp for all,” the “culture of empathy,” and NIP’s “let’s all play” mentality offer a pathway towards making sure that summers are about opening doors, rather than shutting people with disabilities out.

David M. Perry is a freelance journalist and history professor at Dominican University, in the Chicago area. He writes regularly at his blog How Did We Get Into This Mess? Follow him on Twitter.