At the high school dances I attended in Flint, Michigan in the mid-eighties, the synthpop duo Soft Cell would get plenty of play on the sound system. It was usually their big hit, “Tainted Love,” but sometimes “Say Hello, Wave Goodbye” would get a spin during the slow dance interlude. As a kid who came of age in the Rust Belt during the Reagan era, those songs neatly encapsulate my relationship with my hometown. It’s a love-hate thing. I take pride in coming from Flint, but I won’t deny I couldn’t wait to leave. Now I miss the place. And I certainly wasn’t alone when I waved goodbye to Vehicle City in my early twenties. The city lost half its population — plunging from about 200,000 to less than 100,000 — as more than 70,000 G.M. jobs disappeared in a few decades. It’s the same story with slightly different details in Detroit, Youngstown, Cleveland, Allentown, and all the other “shrinking cities.”

[blocktext align=”left”]The Michigan diaspora is alive and well in the Bay Area.[/blocktext] But after living in San Francisco for close to twenty years, another one of those old high school dance songs comes to mind. “Don’t feel out of place/‘Cause there are thousands of others like you,” the B-52’s declare on “There’s a Moon in the Sky.” The Michigan diaspora is alive and well in the Bay Area. I just wear my battered Tigers cap and they appear, pointing out their hometowns on their palms. Granted, the good people of more prosperous places like Grand Rapids or Grosse Pointe tend to get a little rattled when I say I’m from Flint, but they are always polite, no doubt reassured when they hear my accent — a nasally twang that makes milk sound like melk.

If I want to ensure direct contact with other Flintoids, I get more specific with an Angelo’s Coney Island hat or my slightly-too-small Powers High School soccer hoodie. It’s the sartorial equivalent of the Masonic secret handshake. It helps us find each other on the often disorienting streets of San Francisco, where positive thinking and irrational exuberance prevail. Friends from other Rust Belt locales tell me they go through the same thing. When my friend from Toledo wants a dose of industrial Ohio, he just puts on his fraying Tony Packo’s T-shirt and ventures outside. His people find him.

Yes, a big chunk of the once-industrial Midwest has relocated to places with better economies and, often, better weather. We don’t have snow shovels in our trunks anymore. Hell, some of us don’t even have cars. We rely on this strange thing called public transit. But many have never fully acclimated to our new home away from home. These profiles tell the story of Rust Belt refugees who are happy with their lives but sometimes can’t help thinking they’ve lost something they’ll never get back. Here are the first three in a series of profiles to come. 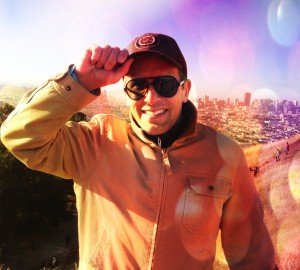 Why did you leave?
I left for college but still returned for the summers. But after a series of break-ins at our house, my mom decided to move to Florida in 1986. I never seriously considered moving back after college.

What do you miss about your hometown?
I miss having a personal history in Flint. Four generations of my family lived there, so it seemed like every street and building meant something to me. I still have a sense of place there that I don’t have in San Francisco, even though I’ve lived here longer than I lived in Flint.

What would it take for you to return home?
It’s hard to imagine ever getting a job in Flint that would equal the one I have now. And I’d have to convince my partner, Traci, to go with me, which would be a tough sell. My life is in San Francisco now. Instead of moving back, I’m trying to find ways to be a part of Flint from afar. I return to Flint at least once a year on what can only be described as a vacation. It still feels like home to me. I still feel comfortable there despite all the changes. 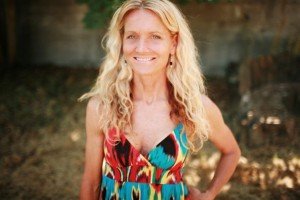 Why did you leave?
I left for two reasons really. One was simply the weather. I just couldn’t spend another winter in the Michigan cold. The other was employment. I was offered the opportunity to open a fitness center for the YWCA down in Jacksonville, Florida, which brings us back around to reason one.

What do you miss about your hometown?
Angelo’s Coney Island, Halo Burger, and my grandparents’ house.

What would it take for you to return home?
Some kind of change in life in my older years that created a sense of nostalgia in me that compelled me to return to Flint to find myself or something. Or an uncontrollable craving for the best Coney Island hot dog in the universe! 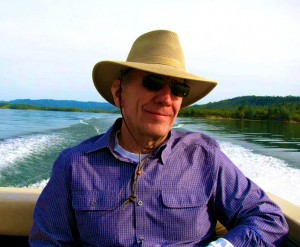 When did you leave?
I initially left Canton in 1961 to attend Ohio State University. After earning an engineering degree, I moved to the Detroit area and for 10 years was employed at General Motors in automotive system R & D and left in 1977.

Why did you leave?
A few reasons. After getting an MBA, I was attracted to the more enlightened, less structured, less stratified management philosophies of Silicon Valley companies, particularly that of IBM, in comparison to GM and other old-line Midwest companies. I also needed a psychological respite from the gray, oppressive Midwest winters. Finally, I wanted to live in an area whose cultural and societal roots were more diverse and international. California seemed to provide a greater openness to new ideas, new people, and an exciting dynamic of innovation.

What do you miss about your hometown?
I miss the long-term continuity of relationships, proximity to extended family, and a lifestyle more focused on experiential events such as social interactions, less consumed by the acquisition of the latest trendy things. I also miss affordable housing; violent lightning/thunder storms; the abundance of fresh water; the growl of high-performance powerboats on the Detroit River; and the seemingly greater promotion of the core values of family, schools, church, and community.

What would it take for you to return home?
After 37 years living in Northern California, being close to my immediate family members, being in love with the beautiful geography and urban culture of the Bay Area, I can hardly imagine circumstances which would compel me to move back to the Midwest. I suppose some personal financial calamity might incent me to look for other areas of more affordable real estate, but I would likely start my search in the Western United States.

Do you like what we do here at Belt?  Consider becoming a member, so we can keep it coming. We are a locally-owned business, and rely on the support of people like you.