This is part two in a series — read the introduction and part one here. 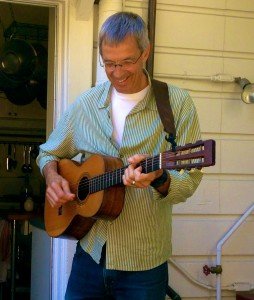 When did you leave?

Why did you leave?
Break-ins and burglaries at my house and studio, which left me with only a guitar and the clothes I was wearing.

What do you miss about your hometown?
Mother’s Bread made by the Balkan Bakery. The great friends I had there, and the seriousness with which they tried to make Flint a better place. The very air I grew up in. And smoking. In Flint smoking was a given when I lived there. I miss it still. The Torch Bar and Grill, the only bar I have ever felt at home in.

What would it take for you to return home?
I won’t return. My wife would never live in Flint. After 20 years I have a lot of great friends in San Francisco. My artistic life is fed here. My kids were born and raised here. I love the weather, the culture, and the people. I could imagine returning to Flint as an intellectual exercise, but in reality I feel that I live in the coolest place on Earth right now. My only sadness is to be so far away from my siblings and my mom, who is currently in a nursing home. 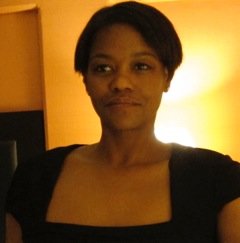 When did you leave?

Why did you leave?
My parents moved to Detroit after my Dad lost his job as Mayor of Flint. My mother got a job at Wayne State University which had a benefit allowing dependents of employees to attend for half price. Since they funded my undergraduate education, I moved with them and went to Wayne State. Since my departure from Flint, I lived in Metro Detroit, Chicago, London, San Francisco, and now Phoenix. I guess I like to move around.

What do you miss about your hometown?
Mainly a sense of community and belonging. I had my own tribe of friends and family growing up who always made me feel safe and loved. Most of my core friends in Flint were peers and parents that I met in elementary school.  So, we had histories and shared experiences that I find difficult to replicate. I’ve tried to build that sense of community each time I move, but it seems to get harder to do as I get older.

What would it take for you to return home?
Flint is where I grew-up, but it was only “my home” when I lived there from the 1960s-1980s. Now, Flint does not feel like home.  It’s just not the same place due to depressed economic conditions. Most of my family have moved out of the area, so I mainly go back for funerals. It makes me feel sad to admit that I do not think I would ever move back to Flint. 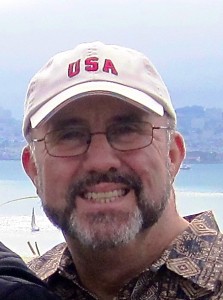 Why did you leave?
I joined the Navy. After my enlistment, I expected to return to the Detroit area as a nuclear power plant operator but Three Mile Island put the brakes on that.

What do you miss about your hometown?
The “large town” feeling that I remember from Flint in the ‘60s and ‘70s. I have never had that in any other city, and I’ve lived in several. I miss being a lifetime resident, too. In all of the other cities and towns I have always felt like an outsider. I’ll never be able to “remember when” like the locals.

What would it take for you to return home?
Between my career, my family, the unbeatable weather here in the Bay Area, and the vast expanse of California to explore, I don’t expect to return to Flint on a permanent basis.

watch this space as we bring you more portraits of Rust Belt Refugees —and if you missed it, read the introduction and part one of the series here.

Do you like what we do here at Belt? We are a locally-owned small business, and rely on the support of people like you. Consider becoming a member, so we can keep it coming. Plus, we will give you a free gift upon joining and discounts after you do, including half-priced tickets to our First Year Anniversary Party.