The Legacy of Literature in Pittsburgh

In 2009, the $42 million dollar August Wilson Center for African American Culture opened its doors in downtown Pittsburgh. The facility, named after renowned playwright and Pittsburgh native August Wilson, was built to celebrate the city’s African American community, history, and culture. With several galleries, a theater, and multiple meeting rooms, the Wilson Center is a state-of-the-art space for the development and encouragement of the arts. But just a few years after its opening, the August Wilson Center is $10 million in debt, and its fate is in the hands of a court-appointed conservator. The twists and turns of the center’s history have been well-documented in both national media such as NPR and by local news sources, including an in-depth piece in the Pittsburgh Post-Gazette. Arguments about the failure of the center have cited mismanagement by its leaders, and some have questioned how committed the city is to its African American heritage. Although recent events suggest there is hope for the center to remain open, its future and potential legacy is far from guaranteed.

In articles and stories about the planning of the center, there appears to be a disconnect between the original goals for the center and how the project proceeded. This can be seen in the disagreement over the very location of the center. In the original plans, neighborhoods like the Hill District and Homewood, which are predominately African-American, were given extensive consideration. Mulugetta Birru, former director of the Urban Redevelopment Authority, told the Post-Gazette that a downtown location was all interested parties’ second choice for the center. But the center was built downtown, with support from Pittsburgh leaders like City Councilman Sala Udin. Very early on, then, the center had become disconnected from the original vision of a cultural center for Pittsburgh’s African-American community. Emma Slaughter, one of the original people behind plans for a community center in Pittsburgh is “unsympathetic to the August Wilson Center’s struggles” because the original notion of a center for the community and by the community little resembles the end result.

Although not exact parallels, the travails of the Wilson Center are reminiscent of steel magnate Andrew Carnegie’s 1895 gift of a music hall, library, and museum to the citizens of the city. Carnegie’s donation was a defining moment in Pittsburgh’s cultural history, but it also buried the existing culture of the Steel City. Carnegie’s massive gift was partially predicated on the belief that many citizens of Pittsburgh did not have much culture of their own. Music, art, and literature were presented as things to be donated to the denizens of Pittsburgh. They were not viewed as things those citizens could and did produce. Carnegie did not see Pittsburgh’s existing culture because so much of it originated from the working class. Historian Francis Couvares wrote in his study of Pittsburgh that the predominant culture in nineteenth-century Pittsburgh was “plebian.” Pittsburghers of different class backgrounds participated in a plebian culture that placed “working people and their social equals in the center stage of life in Pittsburgh.”

Carnegie’s view of Pittsburgh has had a lasting impact on the culture of the city in general, but it has had the largest impact on the literary history of the city, because literature from Pittsburgh was the most connected to working class culture. The writing output of Pittsburgh increased as the city expanded and the industrial workforce grew. Several literary journals, numerous literary clubs, dozens of newspapers, and even an organization, the Writers Club, devoted to the promotion of writers in Pittsburgh, were active in the city during Carnegie’s time. Some of the most famous journalists of the nineteenth century, Nellie Bly and Ida Tarbell, had their roots in western Pennsylvania. Much of the writing that was being produced by these authors and writers took on themes related to the city’s development, especially themes of labor and work. Pittsburgh writers strove to make sense of how fast the city was growing, how wealthy some were becoming, and how quickly industry was emerging as the identity of the city.

Pittsburgh’s abundant literary culture continues to this day—many magazines, lecture series, book clubs, and, well-known authors call Pittsburgh home—but the city has never been viewed by either outsiders or Pittsburghers as a locale where literary culture thrives. In order to change this, Pittsburghers need more awareness of their literary culture. Recognizing the value of the city’s literary heritage can diversify narratives about Pittsburgh. The acknowledgment of how deep and rich the history of literature in Pittsburgh is can enrich the city’s identity—as a place where culture thrives and as a place where art comes from the citizens. In a time of civic reinvention, when Pittsburgh is forging new identities beyond “the place the mills left,” more stories await expression, stories about the city’s history and its present.

To illustrate this unappreciated legacy of literary culture (and show its connections to the present), I would like to highlight three works of literature—one from the nineteenth century and two contemporary pieces—which exemplify the richness of Pittsburgh’s literary output. 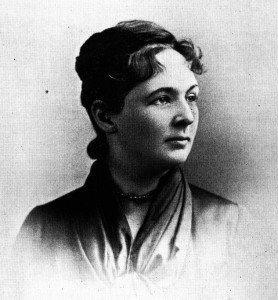 A contemporary of Andrew Carnegie, Margaret Deland incorporated industrial and work-related aspects of Pittsburgh’s history into her fiction. Deland was born in 1857 in Allegheny City, which is now the North Side of Pittsburgh. Deland’s most well-known stories take place in Old Chester, a stand-in for her hometown. Old Chester is an idyllic place bordered by a much more industrialized city, Mercer. While many of the residents of Old Chester avoid going to Mercer, the commerce of Mercer creeps into the plots of Deland’s tales. For instance, in “Miss Maria,” Maria loses her income when she lets her nephew invest her money in an oil can business. Although her nephew has never proven to be trustworthy, she still “made up her mind to put almost half of her little capital” into his venture. Her nephew’s business failure has an overwhelming impact on the course of Maria’s life. Maria solves her financial problems in the marriage market rather than through more investment in industry, but the story and Deland’s writing cannot escape the influence of the impact that industry had on western Pennsylvanians.

The focus on labor, work, and class concerns echoes in the contemporary Last Chicken in America: A Novel in Stories by Ellen Litman, published in 2007. Last Chicken follows Masha, a young adult who immigrated to Pittsburgh from Russia with her parents. The often spare prose gives the reader space to imbibe the mix of exasperation, exhilaration, desperation, and misperception that comes with living in a new place while attempting to do more than merely get by. Masha gets a job babysitting for an American family. She stands in the constantly-being-renovated home in Squirrel Hill and plots how to eat from the take-out containers in the fridge without the family noticing the food is gone. Masha describes her actions and the feelings that result by saying: “I’d pick from each container, though not so much that the loss might be noticed later. I’d eat right there, standing by the open refrigerator, cringing, ashamed of myself.” Masha grapples with her position in the workforce and how her labor affects her perception of herself. Eating leftover Chinese food may not immediately register as linked to the history of Pittsburgh’s culture, but Litman’s descriptions of Masha are connected to a long line of writers who were dealing with concerns about work. 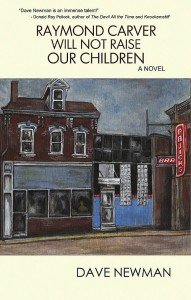 Dave Newman takes on the literary life directly in his 2012 novel, Raymond Carver Will Not Raise Our Children. The main character of the novel is a contingent faculty member at a Pittsburgh university. Newman focuses on how the life of the writer is constructed in the age of the adjunctification of the university. Dave and his wife Lori are both writers and professors, who work long hours and in Lori’s case, a second job, to support their family. Although Lori has tenure and job security, Dave’s contract position and the costs of having two children have kept the couple in a precarious place financially. With the rise of the adjunct movement in the last couple of years, Dave’s difficulties will be familiar to many, but the novel is not just about the literary professions, it also speaks to the way that Pittsburgh and labor go hand-in-hand. Newman writes of the city, “Pittsburgh is a postcard that the rest of the country never sees because no one here has time to send it, because in Pittsburgh we work all the time.”

Deland, Litman, and Newman are just three examples of the long history of writing in the city, but their works can help us see how connected very different pieces of literature about Pittsburgh are. Literature expresses and enlarges the history and culture of a place and its people. Instead of overlooking or under-appreciating the literary past and present, Pittsburgh should embrace its writing and writers, in order to help tell new narratives about what the city was, is, and will be. With a city that recognizes how culture emanates from its people, future cultural endeavors may prove more successful than the August Wilson Center has been in its short, troubled existence.

Brianne Jaquette is a graduate student who writes about writing, Pittsburgh, and the connections between literature and other forms of cultural production.