Until Then We Deal: Punch Bowl Social And Being Black In The New Detroit

Nolan Finley, a columnist for the Detroit News, recently asked for the second time where the black people were in downtown Detroit.

Has he been to Punch Bowl Social lately?

Let’s talk about Punch Bowl Social for a bit. I know some of you other Midwest cities have one. But only in Detroit (as far as I know) has this place has become a source of ridicule and tension.

Punch Bowl Social is not unlike a Dave & Busters, or a far more sophisticated Chuck E. Cheese. Although part of the restaurant and nightlife resurgence here in metro Detroit, its central downtown location, chain-restaurant origins, and bloodlines to Dan Gilbert’s empire – the space is a tenant of Bedrock, Gilbert’s massive property-management company – have made Detroit’s Punch Bowl Social a social punchline. It’s a “Quicken Bro” magnet, a completely inauthentic Bar Louie knockoff with no place in a city that prides itself on dive bars and watch factories. Wait, sorry – car factories. 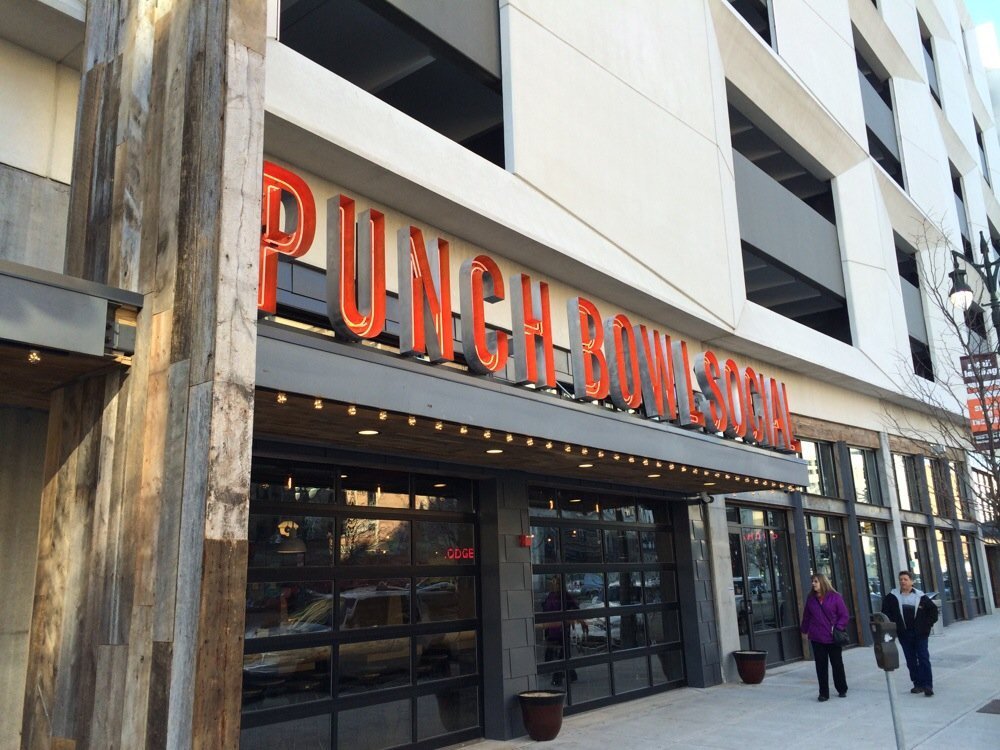 And yet, I found myself defending Punch Bowl Social when it first opened. Just because I don’t like it doesn’t mean someone else won’t. Plus, there’s a Buffalo Wild Wings right down the street, and surely that’s not on the same dining plane as the one your average Selden Standard foodie demands. I think places like Punch Bowl Social are needed in Detroit.

A friend of mine, born and raised in Detroit, now lives in Texas. She was skeptical about downtown’s resurgence; we’d seen mixed versions of downtown’s popularity growing up and into our young adulthood. So when she visited I took her to Punch Bowl Social, which was packed with people. “You see!” I said. “Detroit’s coming back!”

I wasn’t serious. Obviously Punch Bowl Social is not the barometer for Detroit’s progress. But this was an easy place to show her something.

Still, there was one thing about our visit that night – and this was more than a year ago now, a little while after they opened – and that was that the service wasn’t all that great. We felt … I don’t know. Like a burden? Like our very presence was too much for everyone we came in contact with, from the hostess who told us we couldn’t sit down in one area because it was closed even though other diners were there, to the server who seemed to be annoyed with us for ordering food even though the kitchen was still open. 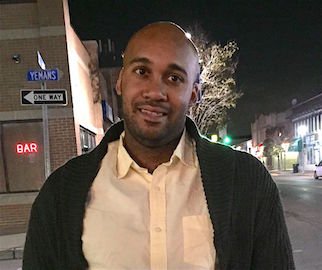 Service could have been better, we thought. We tried not too hard to judge.

But then, word got around that lots of people had the same kind of issues at Punch Bowl. Service was inattentive. Snotty. Haughty. Bothered. Pushy.

Who was complaining? Everyone. White. Black. Brown. Everyone.

But then late last year a black woman said a bartender came from behind the bar and verbally assaulted her cousin. She wrote a Facebook post about it, and it went Detroit-viral.

(Well, Nolan, there’s your answer. Want to find the black people? They’re being yelled at by Punch Bowl Social’s staff!)

Here’s the thing about Detroit restaurants: Complaints about them are seen as being ungrateful.

“This restaurant took a chance on Detroit when no one else did!” defenders cry. Why are you complaining?

“This restaurant is employing people in the city!” Why are you complaining?

“This restaurant is helping to revive a neighborhood!” Why are you complaining?

The don’t-complain-about-Detroit-restaurant-saviors intersects with a growing national consciousness about how little servers are paid, and how demanding restaurant customers – especially with the rise of sites like Yelp, and God do I have issues with Yelp, but I won’t go into them here – can be.

The Detroit diners who raise issues about slow service or undercooked food are the bad guys, all of a sudden. They should just take their business to Birmingham. Ferndale. Chicago. New York! Anywhere but Detroit, because obviously a disagreement over a dirty fork means you hate Detroit and what this restaurant is trying to do for the city, which is now a food mecca, allegedly.

[blocktext align=”right”]Some of us black people are, sadly, just used to going into situations where we know we’re not going to get the same level of treatment.[/blocktext]But what if you’re black?

Yes, what if you’re black.

Can black people in a city that’s 80% … 75% …. 70% at least? … black raise issues about how they’re treated in restaurants downtown and places adjacent? (That includes Corktown, hello.)

I don’t speak for all black people. I never could. But I know how these things can go. You name it, I’ve been through it.

Ignored by staff in stores in favor of fawning over white customers? Yes.

Assumed that I may not be able to afford to make a purchase? Yes.

Being condescended to about a menu item, as if I can’t read or don’t understand what’s in the dish? Yes. Yes. Yes.

(Can’t name names, though! You can’t complain about dining in Detroit restaurants anymore.)

Some of us black people are, sadly, just used to going into situations where we know we’re not going to get the same level of treatment.

It happens. Yes, in 2016. Yes, in the post-racial Detroit you think exists because you had a beer with a brown person at HopCat one time.

I mean, Oprah can’t even go into a Hermes store without being hassled. What makes you think I won’t walk into, say, Third Man Records for example, without my guard up?

I’m not saying that Third Man Records will discriminate against me. I’m just saying I walk in partly expecting it to happen, but at the same time hoping it won’t, but either way having the full expectation of not being surprised if it does. Every record shop, every leather goods store, every restaurant, everywhere.

It’s part of what we carry around with us just because of how this country developed. Not your fault. Not mine. It is what it is.

And yeah, I hear white people say that black people just have this chip on their shoulders and they should get over it every time they think something is perceived as discriminatory.

You know what? I halfway agree with that.

I get it that when a restaurant gets busy, servers may not be in the best mood.

I get it that the manbunned waiter may be a jerk to everyone and wondering why he’s serving these cretins when he’s just three CCS credits away from being the next Banksy.

But everybody isn’t me.

Every black person isn’t me. 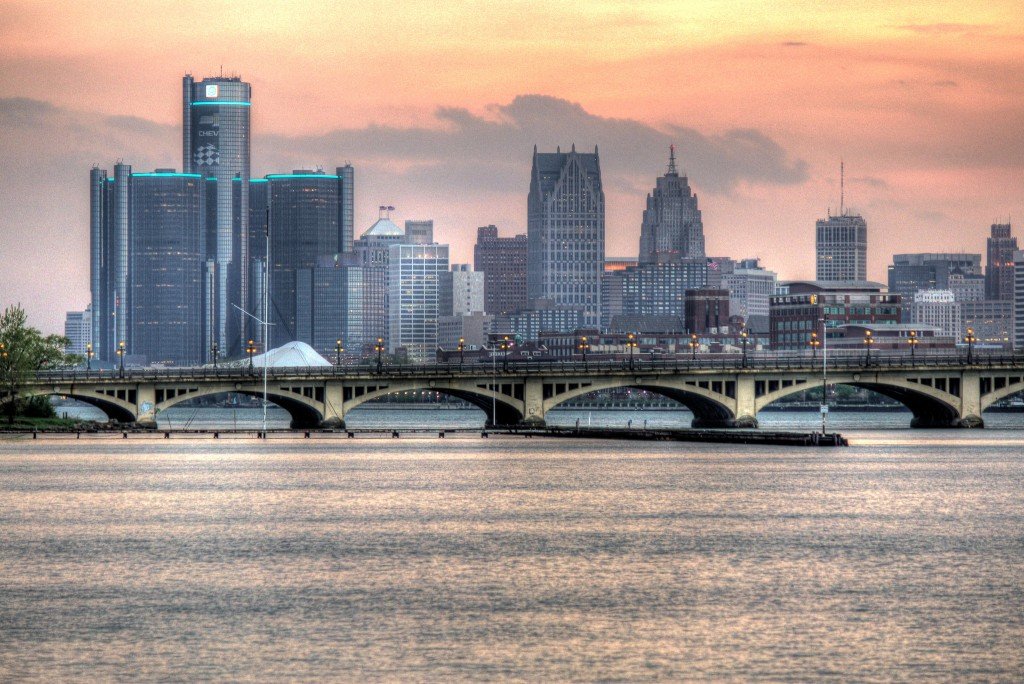 (And I’m not saying that slamming your drink on a bar is the way to get what you want either. I’m not saying either party in the Punch Bowl Situation last month was 100% in the right.)

What I’m saying is this: Imagine growing up being told – perhaps not explicitly, but definitely in subtle ways – that you’re less than, and that you have to work twice as hard to get half of what white folks get.

Imagine wondering if you’re still welcome in a neighborhood in a city where you grew up all your life.

Imagine you still feel welcome and do what you please and it’s a free country and you’re just a carefree black boy or girl regardless of what those census numbers say, but feel erased every time a white male newspaper columnist says he didn’t see you there.

And imagine if all this happened in a city with one of the country’s most tumultuous racial pasts, during a moment when the country itself goes haywire every time someone who isn’t white and straight so much as sneezes.

Oh, wait – imagine if your complaints about restaurant service fell on deaf ears because your people are stereotyped as bad tippers with pissy attitudes.

And imagine if your complaints would be met with questions of police reports, camera phones and witness testimony, unlike, say, a white business owner who raised her complaints with a newspaper’s restaurant critic and got a free meal with no questions asked.

[blocktext align=”right”] But it’s not Detroit’s fault.
It is what it is.
Until then, we deal.[/blocktext]This is the Detroit we’re in right now. The Detroit where people don’t want to see where the other party is coming from because that would mean upsetting the restaurant scene, upsetting progress, upsetting the mandate to say nice things about Detroit, upsetting this rose-colored faux-utopia where everything is getting better.

It could be as simple as asking people in restaurants – servers and patrons alike – to not be dicks.

Or it could be realizing that we aren’t there. Not even close to being there. Detroit’s still going to be messed up, even if Punch Bowl Social cleans up its act.

But it’s not Detroit’s fault. It is what it is. Until then, we deal.

___
Aaron Foley writes the On Detroit column for Belt as well as authoring How To Live In Detroit Without Being A Jackass, published by Belt.

This month (January 2016) only, become a Lifetime Member of Belt! Never worry about renewing your membership again; save 50% on anything we ever sell, forever; and support local journalism and independent small press by enabling us to pay writers for their work.
FacebookTwitterLinkedInRedditEmail