The View from Pittsburgh: The Media’s Role in the Election

We talked with Eric Boyd, editor of Belt’s Pittsburgh Anthology, about the role the local and national media played in the election in Pittsburgh and western Pennsylvania.

BELT: What are your main reactions to the election, from your vantage point in Pittsburgh? 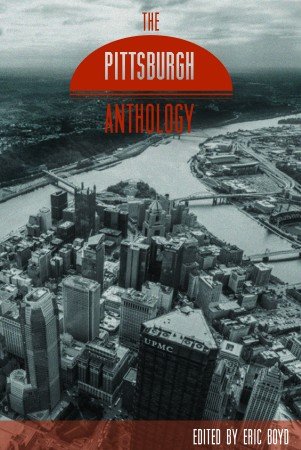 Boyd: Pittsburgh went heavy blue but it seemed like you saw a hell of a lot more Trump lawn signs than Clinton; for every one Clinton sign there were three Trumps, often flanking the Clinton one if it were on public or roadside land. I knew early that Pennsylvania would be a heavier battleground than national news was accounting for, but I still thought the larger number of Trump signs were people buying in bulk and planting them as heavily as possible. I’d personally seen a guy open up his van and have over twenty signs inside of it, ready to go.
Pennsylvania going red wasn’t a shock to me. Anecdotally I’d only come across a small handful of people excited for Clinton. Most just didn’t like Trump at all, but they didn’t like Clinton all that much. Most of it was the classic “The Clintons are two-faced” business and there honestly didn’t seem to be a way out of that. More than a few people I came across liked that Trump wasn’t a politician.
BELT: What role, if any, do you see your regional and local media playing in the post-election conversation?
Boyd: There have been racist incidents happening around the Allegheny County area and, by and large, the media has played dumb. Black students as early as elementary school have been harassed and, while it’s good that the election is being brought up at all, most of the lines in these articles are in the ballpark of “School officials think that recent national events could possibly have something to do with this outbreak of insensitivity, but they don’t know why and cannot say for sure.” They pad these sentiments so much that they become nearly existential; you expect the next article to say, “Local man died of natural causes, but what is nature and, by its very ambivalence, can it be caused to do anything?”
So shit’s going down and everyone’s copping coy aside from the Trump voters themselves. Recently I heard about a woman in Homestead complaining about a rainbow flag she saw on her way to the library and how “disgusting” it was. She defended this by saying this was “Trump’s America, we tell it like it is”. She had a confederate flag on her vehicle.
The thing every pundit got wrong was the idea that Trump was seeking “likely voters.” He didn’t bring out voters, he brought out viewers. His demographic was anyone that could see him on television, and, by sucking all the air out of the room, from the primaries on, he had enough attention to win. The horrors this election’s already allowed shouldn’t be swept under the rug anymore because what was under the rug just reemerged. That isn’t to say every Trump voter was a bigot or an idiot–there’s plenty of evidence that he was voted in as a Fuck You, for whatever that’s worth–but it’s certain that crowd came along for the ride while the national media played blind.

BELT: What role do you think the national media played in Pittsburgh before the election? After?

Boyd: Nationally I think too many people had this in the bag for the Democrats, and that was definitely the case in Pennsylvania. Certainly the state was close at different points in the race, sometimes within the margin of error, but nobody was calling it a close race on the major networks. I heard so many people, myself included, say things like, “I can’t wait to see how bad Trump loses.” As far as I’d seen, the numbers were there.

BELT: Going forward what do you see as priorities for those seeking an independent, alternative, and/or oppositional press in Pittsburgh

Boyd: Here in Pittsburgh we have the Tribune-Review and the Post-Gazette. The Trib recently quit physical printing and is now online only; it was the more right-leaning paper in the area but now the Post is soft-pedaling towards that spot, even recently writing a soft endorsement of Trump as an end result of the mainstream political establishment’s failure. That article was a shock to a lot of people. Past the one major paper here, there are some weekly publications like the City Paper that go hard-left for people seeking that sort of thing, but even their longform stories have gone online, so a good deal of political coverage will be listicles or shortform pieces.

Belt asked editors and authors of our books for their views on the media and the election based on their local perspectives. For other pieces in this ongoing series, see Anna Clark’s argument for supporting journalism, Ted McClelland on the Rust Belt as political and economic bellwether, Mark Athitakis on the export of Rust Belt jobs to the southwest, and more to come.

Let’s keep the Rust Belt well-covered, listen to the voices of those who live here, and spread the word.