I want to believe people are good. And for the most part, as I walk from Detroit to Cleveland, they have been good to me. One man, a Trump supporter, stopped on his bike to see if I was OK as I was taking a rest in Trenton, MI. People I barely know, or straight up don’t know, have opened up their homes to me, introduced me to their children, shared the deepest parts of themselves. The ladies at the Wyandotte 7-Eleven gave me a free Slurpee.

I’ve been on the road for a week, and only one person has said anything remotely nasty directed toward me, personally, this whole trip.

I had already walked almost 40 miles, and because of writing duties and spending time talking to folks, I was a bit behind schedule. I’d spent a brutal night off the highway in the bush with the ticks — I’d ducked off the road into a little forest clearing and set up my bag inside a bivy sack on a little crushed rock path. 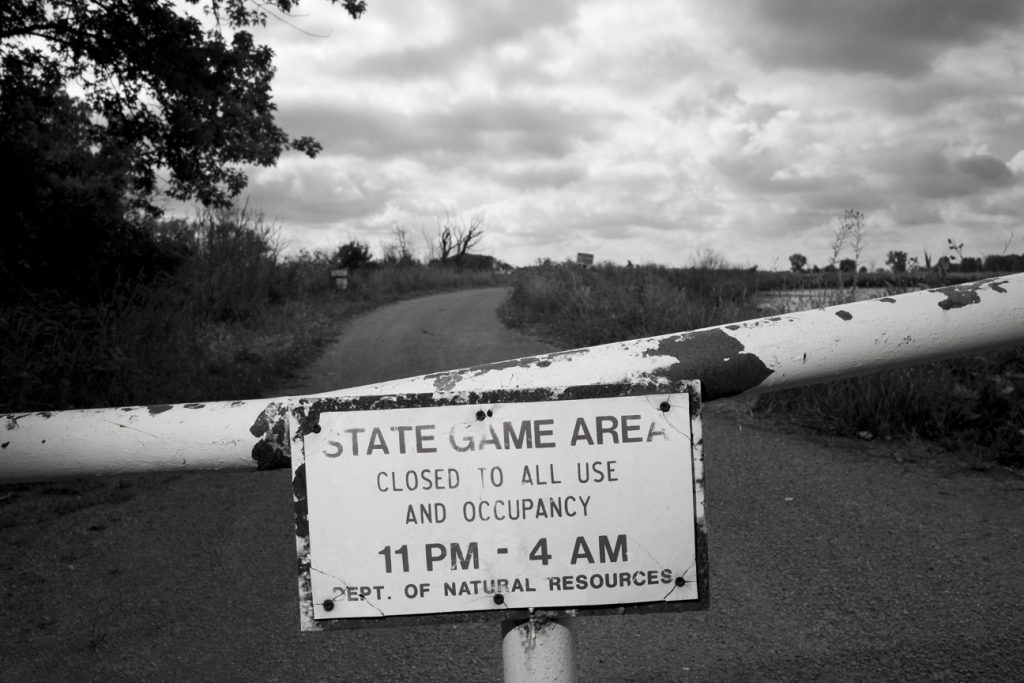 The night began supremely pleasant: I had a good spot to sleep hidden from the road and the sunset was playing a red scarf dance on the clouds across the sky. But when the sun went down the bugs began. Mosquitos and ticks, those vampires of the night.

When I woke up about four in the morning, less a little blood, I started walking and after a couple miles, I decided to hitchhike to make up some time and do some informal interviews.

The first guy who’d picked me up was helping his daughter build her house. He gave me a ride about a mile. We didn’t have time to get into politics.

Second guy picked me up in a Cadillac. When I mentioned I was out speaking to people about their thoughts for the country he told me, without preamble, that democracy was the worst form of government and there were “biological differences between the races,” the white race, in his view, being superior.

“When anything can crawl into a voting booth,” he said. “what we end up with is this.” He swept his arm wide over the rural landscape scarred by the freeway to the south. Two mile ride.

He dropped me off in Monroe, MI, and I had breakfast at a chain restaurant with a brown and white logo and cute old-timey stuff for sale in the vestibule. The waitress was kind enough to find me a piece of cardboard and a marker to make a hitchhiking sign that said “Toledo Please” before I headed out again. I walked to the truck stop across the street and met Danielle Whitman  smoking under a tree in her fast-food uniform.

I asked her about Donald Trump. “I fucking hate Donald Trump,” she said. “He’s a racist asshole.”

“He wants to make America white again, but Indians are the ones who started it. So how you going to go back to white america when it never started off as a white America?” 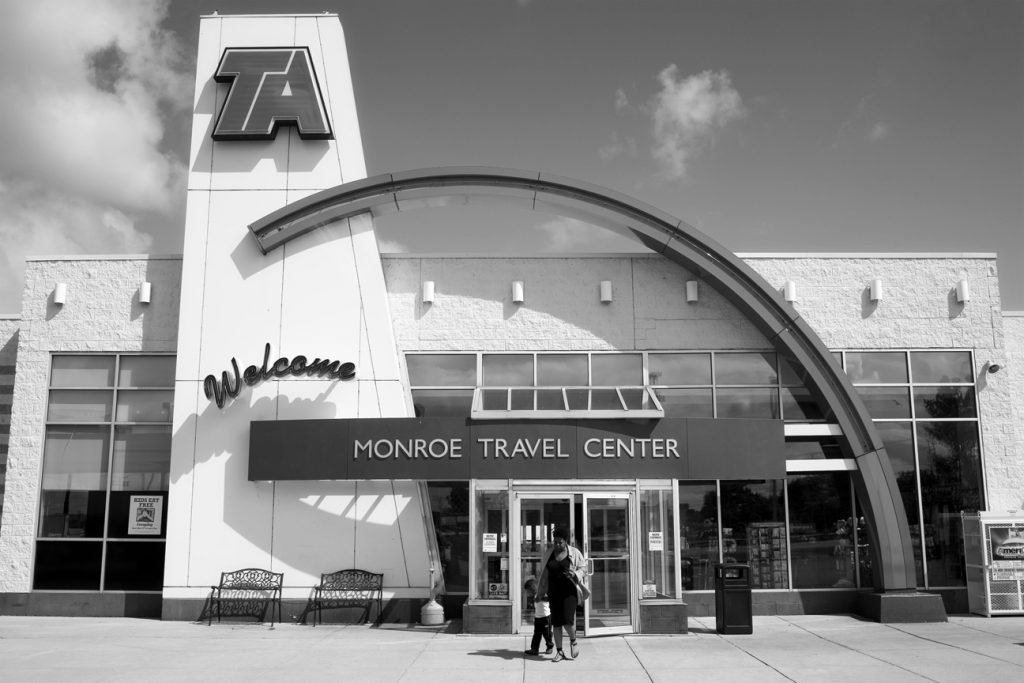 She suggested I go sit in the truckers lounge, which was air conditioned. It was deliciously cold, and I sat down next to a man with a cane, who began speaking to me and said he was a truck driver. We began speaking on the record, and a younger trucker sat down and wanted in. The conversation turned to ISIS and terrorism.

“The same thing happened when the Japanese attacked Pearl Harbor,” the young trucker said. “We rounded up all the Japanese in the U.S. and put them in concentration camps, OK, until the war was over.”

“Do you think that was a good thing? I asked.

“I think there were a lot of people imprisoned wrongfully, but for the sake of the whole I think it was good.”

The other trucker agreed.

The man who eventually gave me a ride to Toledo said, “I’m not prejudice or anything, but Obama is one dumb n—–.”

The Trump supporter who stopped to see if I needed help said gays were “shoving their agenda down [his] throat,” and they were “sinners and going to hell.”

The only thing nasty directed at me personally was at a distance, as I stood on the freeway on-ramp thumbing a ride, a woman screamed from her open window, “get a job!” her pink-fingernailed middle finger shining in the sun like the upturned erection of a small dog. 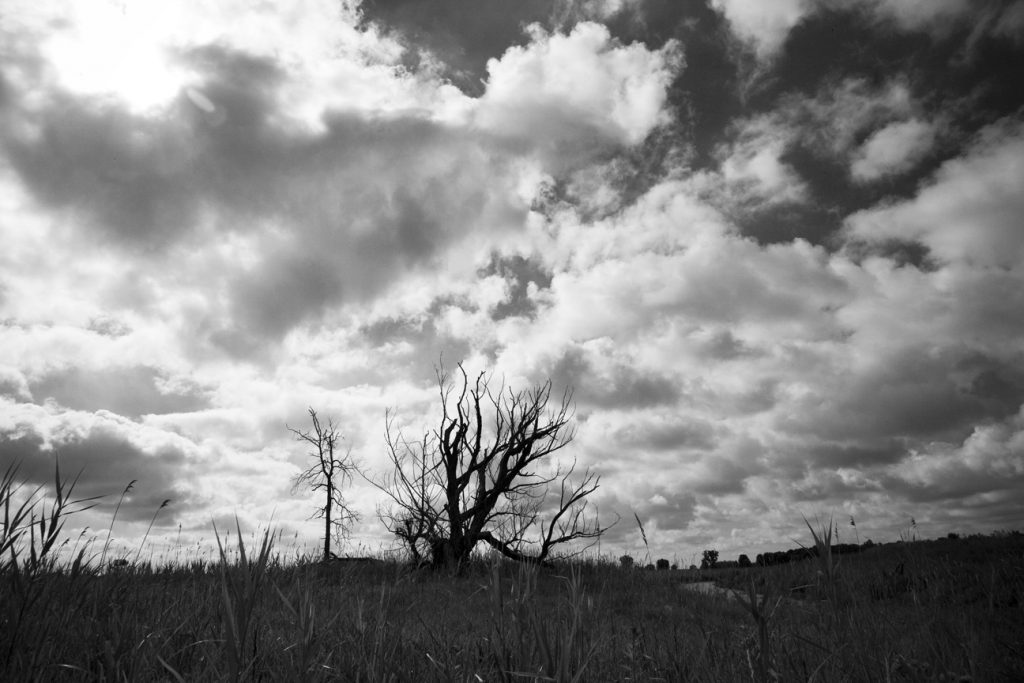 The irony is, of course, I was working at the very moment she told me to seek gainful employment.

I am a white man on assignment walking toward a city in which a 12-year-old black boy, Tamir Rice, was shot and killed by a police officer two seconds after he arrived in the park in which he was playing.

I am a white man walking freely in a country in which Philando Castile and Alton Sterling, both black men, were killed by police, just this week, in an endemic and long-running war of terror and intimidation on black lives.

I inherit a history in which Emmett Till was beaten to death and his murderers acquitted, in which Dred Scott was ruled by the U.S. Supreme Court a noncitizen because of his race, and hundreds of thousands of individuals were for years kept in chains as slaves.

The man who picked me up hitchhiking and called Obama a n—– would almost certainly not have stopped up if I were black. This is privilege.

It is privilege that none of the half-dozen cops who drove by me stopped to harass me. It is a privilege that I don’t have to think about my race or my gender during this trip if I don’t want to. Don’t get catcalled. No one has called me a hateful slur. And it is privilege that has allowed me to hear these things and report them back to you.

With the violence that has gone down in the United States this week nothing else matters, not least of all some silly walking trip to Cleveland. What matters is those lives gone, those questions forever unanswered. We’re left now with the question of how to fix it, and these terrible little thoughts, these statements of ignorance, are the zygote of those killings.

Our humanity is a fragile thing and having a diverse set of acquaintances, experiences and community if a choice. We have many options to narcotize it, to minimize it, to ignore it, squash it. We must learn to see the questions behind each and every one of us, as individuals, as brothers and sisters. We have to begin to speak to those standing on the side of the proverbial road, because their story might be a bit different than we expect.

Previously:
Walking to Cleveland: Part One of Four