Walking to Cleveland: Part one of four

“I think I will do nothing for a long time but listen…”–Walt Whitman, Leaves of Grass

It’s always the kids who have the courage and innocence to ask, “Hey mister, are you camping?”

After noticing my giant hiking pack, an excellent prop for walking the countryside when you want to start conversations, three little boys followed me on their bicycles, all shoeless. I had just stopped at Super Greenland supermarket in Dearborn, Michigan, for some fresh mango juice, and was on my way to Hemlock Park in the eastern portion of the city, for a nap. Our conversation was informal.

“I’m walking to Cleveland, the city, so I can talk to people along the way about what their hopes and dreams are for the country. There’s a big gathering of people there, called the Republican National Convention, and they are about to elect Donald Trump to be their presidential candidate. He’s said some real nasty things about some people and I want to know if they’re true and if other people believe them too.”

The biggest boy asked the questions. One of the smaller ones had a large hearing aid wrapped around his ear. All looked at me, sheepish but honest.

“But are you camping?”

“You’re not going to stay in a hotel?”

“I don’t think so, but I might sleep in a motel some night if I get real tired.”

“Then where are you going to sleep?”

The conversation repeated itself three times that day, almost verbatim and always with children: with some kids who were lighting firecrackers on their lawn (After hearing about the trip one asked if I wanted to light one. I declined, as I’d heard Dearborn had banned them due to the drought.) and once again in Hemlock Park after a boy in a white shirt with an American flag print had just walked dripping from the “splash pad,” a kind of lovechild of a giant sprinkler system and a jungle gym.

All of the children were Arab, and depending on the sect it was the day before Eid, or the breaking of the fast of Ramadan. No one observant was eating or drinking, even water, during the daylight hours, until the Iftar meal at sundown. It was also the Fourth of July, the celebration of America’s independence from England, freedom in general, and political upheaval in particular.

Although many adults gave me quizzical looks as I hiked through their town and I spoke with a number of people, both young and old, it was only the children who approached me first to inquire as to where I was going and how.

We must think about this. 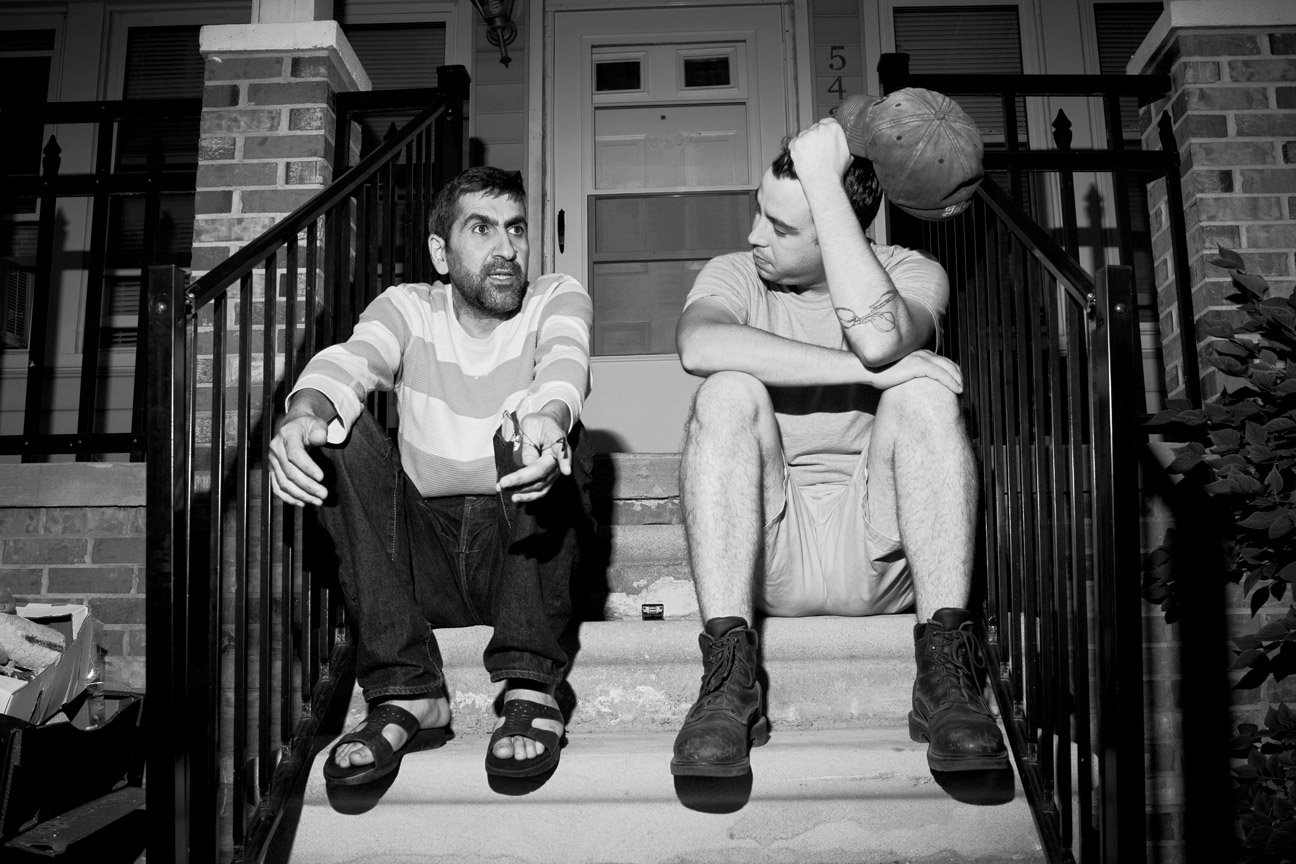 There’s a long, and almost forgotten, tradition from de Toqueville to Woody Guthrie of getting out among the people and talking with them directly and plainly. That’s what I intend to do.

I’m wandering to Cleveland not to judge or proselytize, but to listen, to really listen, to my fellow countrymen and women about their beliefs, their politics, and the direction they hope this country goes in November. I’m growing tired, in my bones, of New York desk jockeys speculating about what makes Trump supporters support Trump, without talking to any. I’m over the nerdy political horse race journalism that tells us nothing about what’s going to happen to this place, only who some phone survey favors at the moment. And I’m wondering about what real effects these have on the lives of the people I live around, the people I see every day, the people I love.

Some have remarked, won’t this be dangerous?

I’d be lying if I said I wasn’t a little nervous. Any leap into the unknown brings with it some amount of apprehension — will someone stab me when I’m sleeping and take my pack? But these are easily overcome — the vast, vast majority of crime is not random.

My real question is, why, in the midst of the the most material prosperity the world has ever seen, when there was or should have been an abundance of the necessities of life, was I left a country I couldn’t walk through safely? Why should it be dangerous to walk among the people I’ve lived next to nearly my entire life?

I’ll be staying outside and in the gracious homes of those I encounter. I’ll be carrying a pack on my back and little else but curiosity. I plan to end up in two weeks in Cleveland at one of the most bombastic and performative cesspools in the world’s oldest democracy, the political convention. 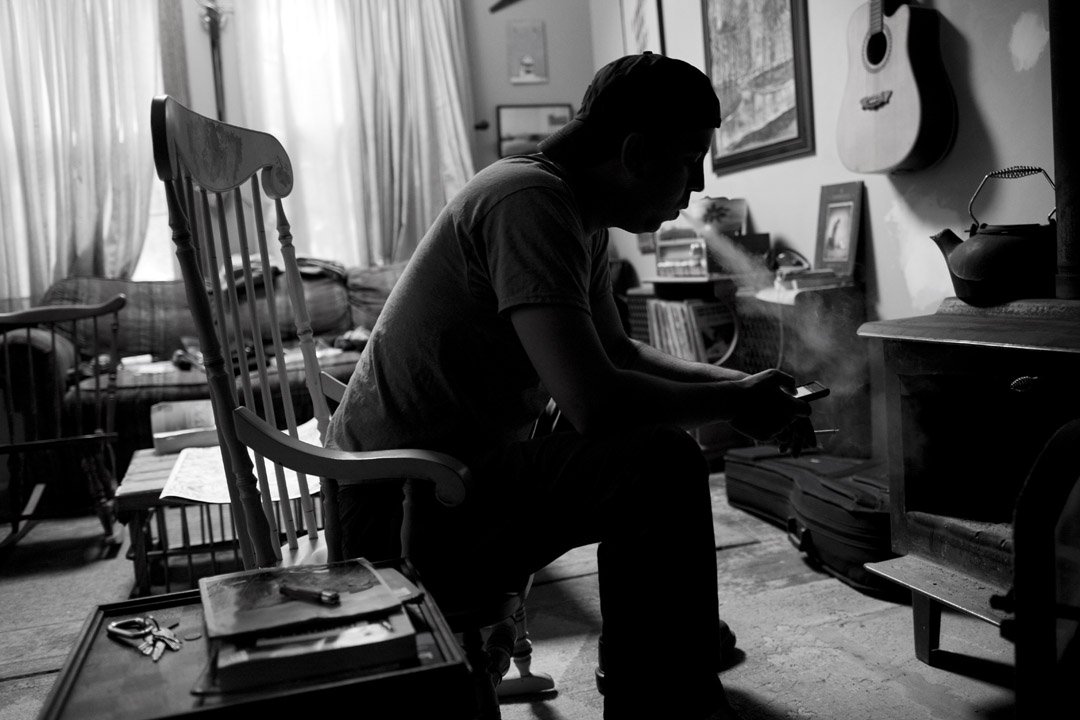 Dearborn is an impeccably clean community, not in the sterilized way of the wealthy, but the neat way of those that are proud and have something to prove. Hemlock Park was quiet and the nap uneventful and dreamless, just as my walk from the East side of Detroit had been. I’d passed by churches walled off with iron spikes, a mulberry tree with its tiny berries spread out over the sidewalk, and the birds and crickets competing only with the sirens for aural dominance.

I was proud to be in Dearborn, the heart of Arab America, on such momentous days. I was proud these were my neighbors.

When I awoke in the park my photographer, Garrett MacLean, had arrived and a baseball game was underway in the diamond in the south end of the park. We walked over to watch.

The players were all Spanish-speaking men, and many had taken their baseball caps off and affixed them to the fence by threading the sizing strap through the chain link. During the inning turnovers they switched gloves, not having enough, and laughed with the joy of runs and outs. One boy, Luigi, maybe 12 years old, taunted his teammates and opponents alike with chants of, “easy out!” and “hit the ball!” Family members watched from the shade of a tree and tossed foul balls back with grace.

As we sat in the bleachers, I noticed the park was dotted with lots of little groups: a grandfather hobbling after his grandchildren as they raced miniature plastic electric cars, a father pushing his two daughters on a swing, a number of large families barbecuing or playing soccer, a basketball game in dead heat. When the ball game was over one of the fielders pitched to his tiny son, who held a bat taller than him by half. The whole crowed cheered when he connected and the ball went spiraling in the infield dirt.

I was struck by the beauty of it all, this America, each of the groups separate yet together, the healing poultice of family, celebration, and holiday covering the park.

I just couldn’t bring myself to interject into this lovely Rockwellian scene, “Hey, so what do you think about Trump saying he was going to dip bullets in pigs blood for use in executing Muslims?” or, “How does it make you feel when Trump reads a poem comparing immigrants from Latin America to snakes?”

I left the park without doing a single formal interview, the water in that tranquil American pond undisturbed. I might have something to learn from those kids too.

Afterword Garrett and I ate in a restaurant offering an “all-you-can-eat Iftar buffet,” maybe the most American thing I can think of.