This is part three in a series — For the introduction and part one click here, for part two click here. 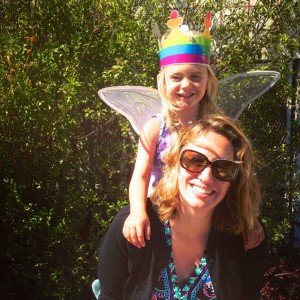 Occupation: Content/Product lead at a startup (Translation: I work in tech.)

Why did you leave?
I was always going to leave. For me, it was as natural as going to high school. Where I was going to land was another question. But leaving was definitely going to happen. I first left for high school, actually — I went away to boarding school, which was really unusual for the time and place, but it was a great fit for me. It was my dad’s idea; I’m so grateful I got to go. After that, there really was no question of ever moving back.

What do you miss about your hometown?
I miss seasons, backyard badminton, sidewalk bicycling, cicadas, big public swimming pools, my mom, my brother, my sister-in-law and my nephews. My daughter experiencing a summertime thunderstorm on a screened-in porch.

What would it take for you to return home?
I’ve lived in San Francisco for eleven years now. I believe that I could figure out a way to work from there, possibly — I work with someone really talented who’s based in Dayton, Ohio, right now — but the friends that I have here are irreplaceable. I learn something new from my friends every day, and at this point, we have a pretty deep shared history with them. I want my daughter to know we’re in a place we chose where we’re surrounded by people we love. To answer the question, it’s hard to imagine anything that could get me to move back permanently to Toledo.

Why did you leave?
By 1986 drugs and crime had become a pervasive problem in Flint, and my parents were keen to have our family move on. It wasn’t easy for them. They were born and raised in Flint and loved it. My father pulled me out of Flint Southwestern High School in 1987 and sent me to Grand Blanc High School where he was vice principal in a nearby suburb. This was before the Beastie Boys and before white suburban America was into hip-hop. I think I was the only Flint kid that went to school there. I tried to fit in and changed what I wore, how I acted, just to fit in. It probably saved my life. It took us three years to sell the house, and we finally moved to Grand Blanc as a family in 1989. My parents still live in that same home today. I visit once or twice a year but can’t say I really get the nostalgic kick I once got from visiting Flint. So much has been destroyed or torn down.

What do you miss about your hometown?
My family and old friends, many of whom still live in the area. However, I’ve counted 16 of my neighbors and childhood buddies — all male and mostly under the age of 40 — who have died. Some to mysterious health issues; some to cancer; some to drive-by shootings and violence; some were just accidents. It’s staggering. I miss Crossroads Village. Churchills, The Torch, White Horse, Lunch Studio, Starlite, Soggy Bottom, etc. The usual suspects. I’m warming up to Cork on Saginaw, Blackstones, but my favorite is Raspberrys.

What would it take for you to return home?
I don’t think its possible for me to return to Flint to live full time. Perhaps if my folks became really sick, I would move back then to take care of them. 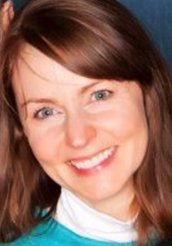 When did you leave?
I left Flint when I moved to East Lansing for college, then I left Michigan after graduating from college in 1989.

Why did you leave?
I knew when I was in high school that I wanted to leave Flint. Entertainment for a teenager usually involved doing something we weren’t supposed to be doing. Maybe all teenagers everywhere experience that, but I was often bored. We didn’t travel much, but my parents took us to Chicago when I was in high school. That was the first time I was ever in a “big city.” While exploring Chicago, I loved how free and exciting it felt, and yet it was safer than I thought it would be. Maybe I had read too many books about scary things that happened to people who live in urban areas. Anyway, I loved seeing up close the things I had read about. And I saw regular people like me enjoying the city as well. I realized a regular person like myself could live in a big city.

What do you miss about your hometown?
Not much. I remember both my neighborhood off of Hemphill Road and then the subdivision off of Fenton Road, where we moved when I was 9, feeling friendly and safe. When I was growing up, we could walk anywhere, and knock on doors looking for friends. We stayed out after dark. Now that I live in Evanston, I have the best of both worlds. I have a home in a safe and friendly neighborhood, and I am a short train ride to Chicago. My job allows me to do interesting work with people I have developed good relationships with, and I can travel to some great places.

What would it take for you to return home?
I don’t think I will ever live in Flint again. My close friends no longer live there, and none of my family members lives there. The people are friendly enough, but I would miss the diversity and depth I get from my Chicago relationships. I feel like an outsider, and cannot relate to people on more than a superficial level when I visit. 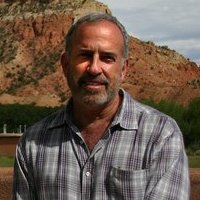 Occupation: Physician and medical director of a hospital

When did you leave?
I left Flint when I was a teenager. My parents left before I did, in fact. I stayed on in Michigan (in Ann Arbor and, later, in East Lansing) in order to benefit from in-state tuition at college and graduate school.

Why did you leave?
I always knew, from an early age, that I would leave Flint. I never envisioned an adult life there. I had early exposure to New York City and, from a very tender age, I never looked at Flint in the same way. While there were aspects to Flint that provided a sense of the familiar and, to some extent, the comfort that comes with familiarity, I also had an ever-increasing sense as I grew older of the oppressiveness, provincialism, and stagnation that Flint represented for me.

What do you miss about your hometown?
What I miss doesn’t exist anymore: the relatively idyllic world of the 1950s and early 1960s, when Life magazine designated Flint as one of the most desirable cities in America. My parents, the neighbor family I loved (the daughter of that family, now living in Atlanta, remains a cherished friend), the familiar places that I remember from my youth: all gone.

What would it take for you to return home?
Flint is an increasingly distant memory and one I would never define as “Home.” And the little boy who grew up in Flint doesn’t really exist anymore, either. I’ve lived in the San Francisco Bay Area for 32 years — most of my life. This is home. I would never, under any circumstances, return to Flint.

This is part three in a series — watch this space as we bring you more portraits of Rust Belt Refugees.

Do you like what we do here at Belt? We are a locally owned small business, and rely on the support of people like you. Consider becoming a member, so we can keep it coming. Plus, we will give you a free gift upon joining and discounts after you do, including half-price tickets to our First Year Anniversary Party (link: http://www.eventbrite.com/e/belt-magazine-first-anniversary-party-tickets-12704664995?aff=eivtefrnd).