This is part four in a series — For the introduction/part one click here, for part two click here, and part three here. 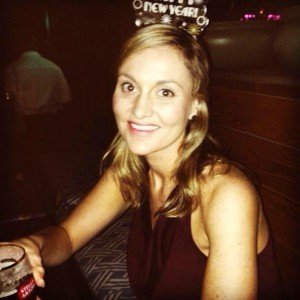 When did you leave?
I left Canton in 2004 for the University of Kentucky, but moved back to Northeast Ohio after graduation to work in Cleveland. I stayed in the CLE for three years before moving to Miami in 2011. (I was on the receiving end of a lot of ‘following LeBron’ wisecracks at the time – though now he’s the only one of us who’s moved back.)

Why did you leave?
Like many 20-something women before me, I moved away with a guy. My then-boyfriend was placed in a teaching job in Miami and – ready for a big change myself – I said yes to the move. Though the relationship ended in 2013, I stuck around. I’d made a real life for myself in Miami that I didn’t want to walk away from, especially because my career’s gone very well here. (In this español-centric city, good English writers like me are in short supply.)

What do you miss about your hometown?
Aside from my family, a few friends, and my favorite greasy pizza, there’s not much I miss about Canton. I get more homesick for Cleveland, especially in comparison to Miami: Cleveland’s lack of horrendous traffic, its affordable apartments, its unendingly friendly residents. And I worked part-time for the Indians during my summers in Cleveland, so I miss my beloved ballpark and the companionship of commiserating Browns, Cavs, and Tribe fans.

Do you think about ever returning?/What would it take for you to return home?
The thought of moving back will probably always occupy a small part of my brain. (When LeBron told the world that he was going home, I was thrilled, proud, and a little jealous.) But I doubt I’d have as many career opportunities in Ohio and – now that my internal thermometer is accustomed to December lows in the 70s – I’m not sure my thinned-out blood could survive a Rust Belt winter. I don’t think I’ll ever move back to Cleveland … deep down, I just love to miss it.

When did you leave?
I left Flint after graduating from college in 1984.

Why did you leave?
We moved to Flint right after my dad died so my years there were really tough ones. It coincided with the crash of the auto industry so it wasn’t a happy time for anyone. I knew on some level I’d leave as soon as I could and head to a big city not Detroit. Chicago fit the bill and seemed an oasis of prosperity amidst Rust Belt depression all around.

What do you miss about your hometown?
I miss the fact that the most expensive house in Flint would probably only get you 1,000 square feet in my neighborhood. I miss my mom who still lives there, as well as my sister and her nieces and nephews who live nearby. I miss the ability to buy beer at the age of 16 with no questions, but now that I’m old that matters less and is actually a matter of concern. The rest? Not so much.

What would it take for you to return home?
I return regularly to visit, but I can’t imagine a circumstance where I’d move home except if I lost my job and an ability to make a living. My mom has said that her basement is always available. 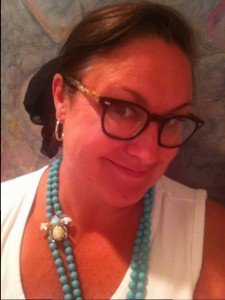 When did you leave?
I had been plotting to leave Flint since high school. After I graduated in 1983, I moved to New York but didn’t stay a full year because I lost my job as a nanny. I came back to Flint, and my best friend and I decided we would save our money and either move to Atlanta or Chicago because we had friends in each place. We chose Atlanta because it was warmer.

Why did you leave?
I wanted to go experience life and I felt like there would be better opportunities in a larger city. It seemed like unless you were in the automotive industry there weren’t going to be any job opportunities. It was the opposite in Atlanta. The music and art scene in Atlanta were happening, so I saved up $500 and moved.

What do you miss about your hometown?
The sidewalks! Atlanta doesn’t have very many of them, even in the older neighborhoods.

I loved the Flint Cultural Center when I was growing up. It was part of being a kid. I spent so much time at the art museum, looking at the paintings, the old furniture, the tapestries. I still remember the glass paperweight collection that every kid in Flint has seen at some point. I took art classes and went to the planetarium. I visited the library. And I could walk to all of it from my house.

What would it take for you to return home?
My family is rooted in Atlanta now. The only way I would go back is if my sister needed me in some way, and it would only be temporary. I’m planted here now with my husband and children.

—
This is part four in a series — watch this space as we bring you more portraits of Rust Belt Refugees.